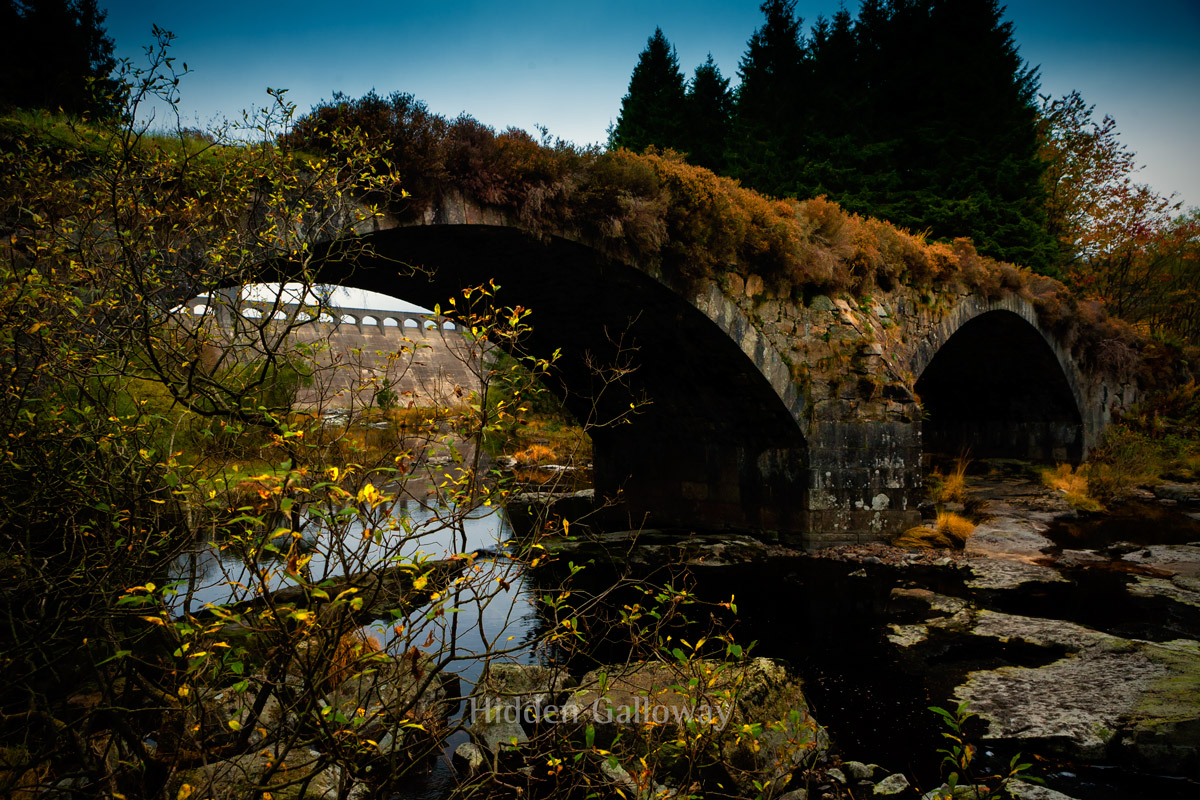 Continuing the theme of ‘a view less familiar‘, a old shot of the Clatteringshaws Dam and old bridge from 2010. To be rephotographed when the heather is in full purply bloom and not in the faded oranges of late Autumn.

Clatteringshaws Dam Constructed by the Galloway Water Power Company 1932-34 Clatteringshaws Dam and the Loch occupy ground memorable in Scottish history. Close by the Dam ran the Old Edinburgh Road leading to Whithorn (Candida Casa IV-Vth Century) The earliest Christian foundation in Scotland. The waters of the loch are gathered from the fastness of the Dungeon of Buchan and from the site of that ancient forest of Buchan where Robert the Bruce was hard pressed by his enemies after his return to Scotland from Rathlin in 1307. A victory gained near this place by Robert Bruce or his brother Edward is commemorated by the Great Boulder known as King’s or Bruce’s stone which stands near the shore of the loch 700 yards North of Clatteringshaws Farm. Mary Queen of Scots passed this way on 13th August 1563. The surrounding wilds were sought as a refuge by the Covenanters during their struggles in the seventeenth century.